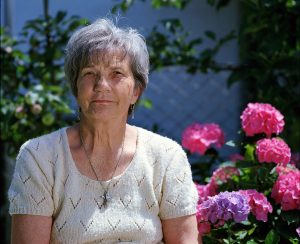 Maybe It’s Something Else  [from the May 2019 issue of Caregiver, published by the Alzheimer’s Association]

Maybe it’s something else: That’s what might come to mind if an older person begins to lose her memory, repeat herself, see things that aren’t there, lose her way on routes she’s traveled for decades. Maybe it’s not dementia. And sometimes, thankfully, it is indeed some other problem, something that mimics the cognitive destruction of Alzheimer’s disease or another dementia—but, unlike dementia, is treatable and fixable.

Sudden changes in a person’s mental state in the course of a few days or weeks, are not typical of a degenerative disease.

Older people can suffer from any of these problems along with the actual symptoms of dementia. Treating secondary causes may at least slow, although not stop, the progression of cognitive decline. Often medical professionals will scan the brain, do blood tests, and look for other conditions that may be causing dementia-like symptoms in the event that treatment of these can be effective.

On the other hand, realistically, it might not be something else. Even though the list of other possible explanations is long, so are the odds against restoring a patient to normal functioning. When it looks like dementia, most of the time it is.

Almost 40 percent of people over the age of 65 experience some form of memory loss. When there is no underlying medical condition causing the memory loss, it is known as “age-associated memory impairment,” which is considered a part of the normal aging process. However, diseases like Alzheimer’s and other dementias are different and they progress very slowly over time.

Posted in News
← Buyer Beware!What About CBD Oil? →
Get in Touch