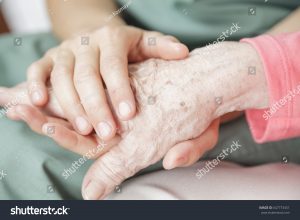 MCI … or Dementia? Understanding the difference

As we seek out housing and care for our aging loved ones, it’s important to understand the difference between Mild Cognitive Impairment (MCI) and dementia. Some communities can accept residents with MCI but not dementia. Others can accept both. Here is what the California Assisted Living Association (CALA) and the Alzheimer’s Association have to say about them.

“Mild Cognitive Impairment (MCI) refers to people whose cognitive abilities are in a “conditional state” between normal aging and dementia. Normal age-related memory changes can include forgetting a person’s name or the location of an object; however, individuals with MCI have difficulty with short-term memory loss. MCI is a state in which at least one cognitive function, usually short-term memory, is impaired to an extent that is greater than would be anticipated in the normal aging process. MCI is characterized by short-term memory problems, but no other symptoms of dementia (e.g. problems with language, judgment, changes in personality or behavior) that affect a person’s daily functioning. Individuals with MCI may experience some difficulty with intellectually demanding activities, but lack the degree of cognitive and functional impairment required to meet the diagnostic criteria for dementia.”

“Dementia means the loss of intellectual function (such as thinking, remembering, reasoning, exercising judgment and making decisions) and other cognitive functions, sufficient to interfere with an individual’s ability to perform activities of daily living or to carry out social or occupational activities. Dementia is not a disease itself, but rather a group of symptoms that may accompany certain conditions or diseases, including Alzheimer’s Disease. Symptoms may include changes in personality, mood, and/or behavior. Dementia is irreversible when caused by disease or injury, but may be reversible when caused by depression, drugs, alcohol, or hormone/vitamin imbalances.”

For more information, visit the Alzheimer’s Association or CALA websites at  www.caassistedliving.org or www.alz.org  Or call The Village at Sydney Creek at 805-543-2350. # # #

Posted in News
← Caring for the CaregiverBuyer Beware! →
Get in Touch