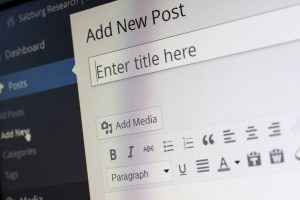 A Bounty of Blogs

As you tap into the internet for useful information about understanding and coping with dementia, don’t overlook the bounty of excellent blogs available. One of these is alzheimer’s.net. And below is a recent entry, written by Alissa Sauer, that caught my eye.

There are currently more than 5.5 million Americans living with dementia and that number is expected to triple by 2050. We may never know the full economic and physical effects that the disease has on our nation. However, a new Alzheimer’s Association and Shriver Report is giving us greater insight into developing dementia, including how burdensome it can be, especially for women.

A new report from the Alzheimer’s Association has found that women are at a higher risk of developing dementia than men. The numbers are startling:

The main reason that women are more likely to develop dementia, is simply that women live longer than men and that age is still the number one risk factor for developing the disease. From that perspective, we are all at risk.

The Society for Women’s Health Research Interdisciplinary Network brought together a panel of experts to review what we know about the differences in dementia rates between genders. Because age is a leading cause of the disease and women live longer, longevity is thought to be a major factor in a woman’s dementia risk. However, longevity alone cannot explain why 2/3 of people with the disease are women. Other dementia risk factors specific to women include:

Not only are women facing the brunt of the disease, but women are also bearing the burden of caregiving. There are 2.5 times as many women than men providing 24-hour care for a parent or senior loved one with dementia.

The burden is not just emotional. It is also financial:

Given this information and knowing that dementia is still one of the most misunderstood and underreported diseases, we must take action. The Alzheimer’s Association has launched a national initiative that brings attention to the plight of women against the disease. Called “My Brain,” the initiative strives to include one million women and serve as a resource for female caregivers and patients. For more information, please visit www.alz.org