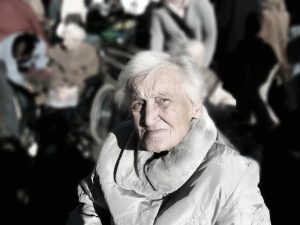 Dementia is a collective term used to describe various symptoms of cognitive decline, such as forgetfulness. It is a symptom of several underlying diseases and brain disorders.

Dementia is not a single disease in itself, but a general term to describe symptoms of impairment in memory, communication, and thinking.

While the likelihood of having dementia increases with age, it is not a normal part of aging.

This article discusses the potential causes of dementia, the various types, and any available treatments.

A person with dementia may show any of the symptoms listed below, mostly due to memory loss.

Some symptoms they may notice themselves, others may only be noticed by caregivers or healthcare workers.

As the patient ages, late-stage dementia symptoms tend to worsen.

Mild cognitive impairment: characterized by general forgetfulness. This affects many people as they age but it only progresses to dementia for some.

Mild dementia: people with mild dementia will experience cognitive impairments that occasionally impact their daily life. Symptoms include memory loss, confusion, personality changes, getting lost, and difficulty in planning and carrying out tasks.

Moderate dementia: daily life becomes more challenging, and the individual may need more help. Symptoms are similar to mild dementia but increased. Individuals may need help getting dressed and combing their hair. They may also show significant changes in personality; for instance, becoming suspicious or agitated for no reason. There are also likely to be sleep disturbances.

Severe dementia: at this stage, symptoms have worsened considerably. There may be a loss of ability to communicate, and the individual might need full-time care. Simple tasks, such as sitting and holding one’s head up become impossible. Bladder control may be lost.

There are several types of dementia, including:

Other disorders leading to symptoms of dementia include: